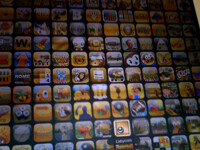 June 16, 2009. Above: Apple’s live App Store wall at WWDC. It showed icons of 20,000 iPhone apps, organized by color. When an app was purchased, its icon rippled. It was also a great illustration of what WWDC is like: it’s a huge clusterfuck that makes you feel totally insignificant. But it’s also pretty beautiful and inspiring if you step back and take it all in. Last week I went to WWDC for the first… Read more » 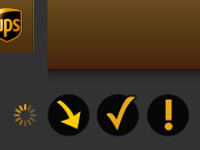 Getting creative with transparent PNGs for Delivery Status

January 19, 2009. The old Delivery Status graphics system When I started the Delivery Status widget it didn’t support many services. I wanted each service to be visually distinct, so I created entirely separate graphics for each one. It was sensible at the time, but as I started adding more services it turned into a hassle. Each service was four separate graphics (left, middle, right, and logo) for each size… Read more » 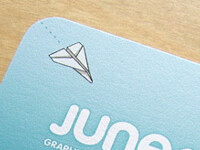 October 31, 2008. My new business cards finally showed up today, and they look awesome. Same as with the site, Holly Tickner drew the illustrations, and I designed the rest. I wanted to use the robot illustration on the front of the cards, but I couldn’t work out a layout I was happy with. The paper airplane fit in perfectly, but my initial thought was that it seemed a little inappropriate to have on the… Read more » 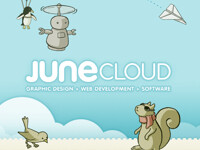 September 12, 2008. When I first started running my own business full time a few years back, I really wasn’t sure how long it would last. It’s been stressful, it’s been hard work, but it’s also been fun and rewarding. I’ve had the opportunity to work with a lot of great people. I’ve also spent more and more time on my software—it started out as a hobby, but now I’m making a fair amount of income just in… Read more » 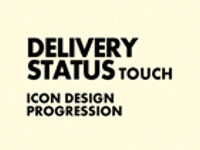 August 14, 2008. Above you can see how the Delivery Status icon progressed from sketch to finished design. While working on Delivery Status touch (for iPhone and iPod touch) it was clear I needed a new icon. The old “18 days” icon I’ve used for the Dashboard widget was just something I threw together quickly. I never spent much time on it because it isn’t seen terribly often, and I couldn’t justify spending… Read more »