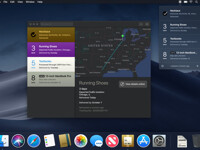 Deliveries: now with dark mode and support for the latest devices

October 18, 2018. This week we released Deliveries 3.1 for Mac, with support for macOS Mojave’s new dark appearance. We also released Deliveries 8.1 for iOS, with support for iPhone XS, iPhone XR, and Apple Watch Series 4. The Apple Watch update includes complications for the new Infograph faces on Series 4 watches. Both updates also include a long list of improvements and bug fixes. There’s more on the… Read more » 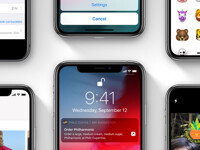 September 27, 2018. iOS 12 and watchOS 5 are available now, and macOS Mojave will be out soon. For the most part, our existing apps will work great—just make sure you have the latest versions installed. Deliveries will be updated soon with support for the latest devices on iOS, and the new dark appearance on Mojave. We’re also working on a major update that will take advantage of new features like Siri… Read more »

July 10, 2018. We recently gave Junecloud Sync a significant update. Most of the changes are behind the scenes, but here are some things worth noting: • The design has been refreshed, with a simpler look and Retina graphics on all devices. • You can use emoji in item names ? • There’s a new option to download your Junecloud Sync data. • You can also manage your Deliveries data in iCloud or manage your… Read more » 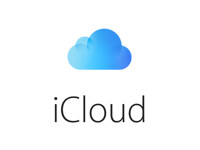 Improved iCloud syncing in our apps

September 4, 2015. We’ve completely redone iCloud syncing in our apps to make it faster and more reliable than ever. Because this is a major change, you’ll need to make sure to update all your devices to continue syncing. Here are the versions that work together: Deliveries • Deliveries 6.2 for iOS. To find the version number, tap the gear icon and look below the Junecloud logo. You can download the latest… Read more » 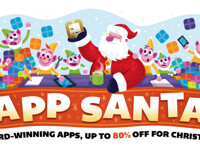 App Santa: award-winning apps, up to 80% off for Christmas

December 16, 2014. Junecloud has once again joined with several other independent developers for App Santa, bringing you award-winning apps at up to 80% off for Christmas. Deliveries for iOS is 40% off, and Deliveries for Mac is on sale for the first time ever at 20% off. You’ll find significant discounts on other great apps like Launch Center Pro, Screens, and many more. Happy holidays to everyone, and thank… Read more »