The Future of Deliveries

April 5, 2022. Deliveries began as a hobby—it was first released as a Dashboard widget named “Apple Order Status” on January 22, 2006. Over time more services were added, and the name and icon evolved along with it. Eventually it became an iOS app named “Delivery Status touch” on September 19, 2008, shortly after Apple first launched the App Store. When I first created the widget I never imagined I’d still be… Read more » 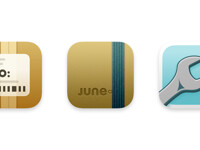 An update on our apps

September 20, 2021. It’s been a while since we shared an update on everything we’re working on. With iOS 15 and iPadOS 15 available today, this seemed like a good time. Of course macOS Monterey is just around the corner as well. Deliveries We recently released Deliveries 9.2. This isn’t our “iOS 15 update” but it supports all current devices, and it works great on iOS 15 and iPadOS 15. It even supports some… Read more »

September 10, 2021. Deliveries 9.2 will be available soon, and we wanted to let you know about some changes we’re making to improve the service. This post includes some technical details but we’ll try to make it as clear as possible. In the past, Deliveries has always worked by contacting each shipping service directly to check the status of your packages. While this has worked well overall, and helped us keep… Read more » 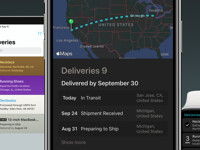 September 28, 2020. Deliveries 9 will be available this Wednesday, September 30, for iPhone, iPad, Apple Watch, and Mac. Subscriptions will be available for $0.99 USD per month, or $4.99 USD per year. If you previously purchased the app, you’ll get a complimentary subscription for up to 18 months from the date you purchased it. If you bought the app more than 18 months ago, your complimentary subscription will… Read more » 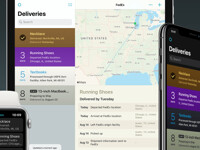 Deliveries 9 is Preparing to Ship

August 31, 2020. We’ve been hard at work on a big update to Deliveries, and we’re excited to announce that it’s almost ready. Because there are a lot of big changes, we wanted to give everyone a look at what’s on the way. Flexible pricing with subscriptions We have so many wonderful customers, but most people have never tried Deliveries. We know a big part of that has always been the upfront cost: the… Read more »